A Record Company and Production Company focusing on Dance and Pop releases, Astana is based at Brown’s studio complex in Woodland Hills (LA). Astana has already signed six artists to the label.

The label also has a stable of staff songwriters, sound engineers, producers, singers and musicians including the acclaimed Keri Lewis, Leon Sylvers and Rick Marcel.

The first Astana releases are from the sultry vocal powerhouse Chelsea a Billboard Top 40 artist and songwriter who has been performing since she was 5 years old. Her latest single “Explode” released July 2021.

One of the most important producers for the early popularity of New York Dance music, Paul Simpson began as a re-mixologist for New York’s WBLS and KISS-FM.

He later wrote and produced the international hit “You Don’t Know” by his group Serious Intention. The party anthem that originated the chant “Oh-oh-oh-oh-oh” has been heard everywhere from the TV show “Soul Train” and Spike Lee’s movie “She’s Gotta Have It” to “Coca Cola” commercials. Various maga-zines including Billboard and Dance Music Report also credited “You Don’t Know” as the blueprint of electronic, techno and House music as we know it today. Paul has also produced dance hits for artists Luther Vandross, Penny Ford, & Adeva amongst others including the International crossover hit "Musical Freedom"

As a remixer, he has worked with artists Patti LaBelle, The Spinners and The Jacksons. His remix work with Chaka Khan on the “Life Is A Dance” project earned him not only a platinum album, but also an acknowledgement in her book “Chaka!”.

In 2005, Paul Simpson stunned the radio world via Tom Joyner, Michael Baisden, and stations around the country with his steppers mix of Marvin Gaye’s “Let’s get it on” taken from the gold album “Motown Remixed” . David Ritz, co-writer of Marvin’s smash “Sexual Healing” and author of “Divided Soul: The Life Of Marvin Gaye” stated in Slate magazine that “Let’s get it on” Remix was better than the original. Paul followed up with his album Philly Steps: Phil-LA of Soul and Arctic Records Remixed Hits which spawned the remix of Barbara Mason’s hit “Yes I’m ready”. For Simpson’s following albums he expanded his capabilities in re-mixing to associate producer.

The year 2008 saw Simpson as associate producer for “Salsoul In The Mix” and Ashford & Simpson’s Hits Remixes & Rarities: The Warner Brothers Years for Rhino / Warner Bros.

Presently, Simpson continues remixing and is associate producer on projects for Universal, Sony and Demon Music Group, and has a new album for release later in 2021. 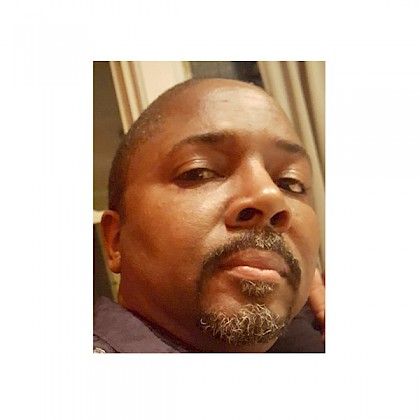 Maurice, having started his music career in 1988 as a member of the U.K acid house group Adrenalin MOD had worked alongside some of the most celebrated & established artists of the time such as Derek May, Graham Parks, Richie Fermie, Daren Mohamed, Jagz Kooner, The Wee Papa Girl Rappers & Rose Windross.

Suff Sakoor having started DJing at a young age, spinning Disco, 80’s Funk, Soul, Pop, Acid House, Soulful, Funky House. He later started producing his own music using the wealth of knowledge & inspiration he had accumulated over time from the music he loved

In 1999 Mange Le Funk was born. The duo held DJ residencies at some of the hottest venues in the Midlands & London and are best known for their disco house single and house music anthem “I Still Want You”

“I Still Want You” was originally released in 1999 and was hailed a worldwide chart success. Remixed by Deep Liquid Soul, the track was included in the top 10 tracks of Ibiza 2001 & also the Miami Music Conference 2001. Due to the success on the dancefloors, the track was licensed to OXYD records(Italy) Hed Kandi, Azuli Records & Ministry of Sound. The track oozed a certain quality and as such has stood the test of time, still receiving radio plays and moving club dancefloors today, 21 years later!

Moving to the present day, In 2020 the duo set up Mange Le Funk Productions the record label in order to celebrate the 21 year success of “I Still want You” also to showcase their new material and to help support, showcase and celebrate the music of our talented friends and acquaintances. Making Mange Le Funk Productions the platform for this amazing music to be heard,

The label ethos is to introduce music with movement, feeling, emotion with the ability to make a connection with the listener. Audio art that stands out in its own brilliance, to stand the test of time. The vision is to build the label and brand recognized for its musical genius and quality. Music that spans across genres ranging in style from Disco, Acid House, Soulful House, Jazz, Broken beat, Drum n Bass, Dub Reggae, AfroHouse, Latin House, Funk, Downbeat Electronica and Chilled ambient.

Looking forward to a fantastic future of outstanding music 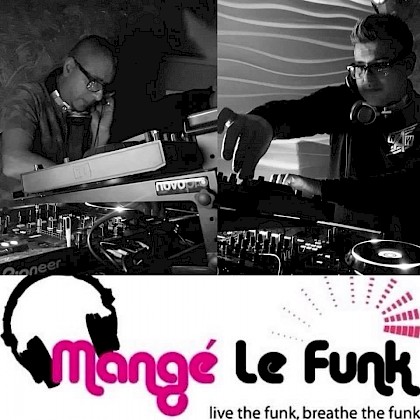