“Coe “ is an English Rapper, Vocalist and Songwriter combining sounds from genres such as: Hip Hop, R&B & Pop.

Growing up in South London and with his father being a respected house music producer, Coe has worked on his sound from young; creating melodic hard hitting songs with unusual intricate harmonies. 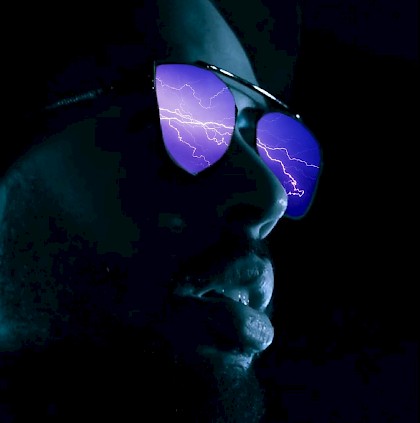 The Real Hooks sign to Superb Songs for The World excl. SE Asia

Driven by the clever, uplifting, high energy songs by charismatic lead singer/guitarist Kyle Hooks, The Real Hooks have been lighting up audiences in their hometown of Pensacola, Florida and beyond since 2009 averaging 35-40 shows a year, including performing at numerous festivals including Go Radio, Hawthorne Heights and Allstar Weekend.

Quickly emerging on the national scene, The Real Hooks, whose lineup also features Raleigh (drums and vocals), Nick (vocals) and Maggie (keyboards and vocals), enjoyed out of the box radio airplay success with their 2012 single “Coming After Your Love”, and their powerful musicality, irresistible songs and soaring harmonies draws an inspiring mix fans across the ages.

This year, The Real Hooks will build on this momentum with the release of their highly anticipated debut EP, a six track set that includes a mix of pop-rockers (the playful sing-along “Everybody Up,” the fiery, jangling declaration “OK I Love You”), a soulful, harmony driven romance (“Fallin”), thoughtful but pointed break up songs (“The Game Is Over,” “Another Nameless Face”) and a hilarious, tongue in cheek ode to “Taylor Swift” and her revolving door of romances. Joining Kyle and Nicky as co-writers on “Everybody Up,” “Fallin” and “OK I Love You” are Rob Hoffman and Heather Holley, veteran songwriters and producers who are known for their work with Christina Aguilera and many other pop superstars.“Our song ‘Taylor Swift’ is a fun jab at her social life, and it’s something a lot of people were probably hoping someone would sing about that needed to be said,” says Kyle. “As a whole, the EP shows that as writers and performers, we’re excited to be in the game making pop music that’s geared to making people smile.”

Signed to Spectra Music Group/Tabletop Records for their recorded output, The Real Hooks this week have inked a Music Publishing deal with Supreme Songs affiliate Superb Songs for The World excl. China,Hong Kong and Taiwan. 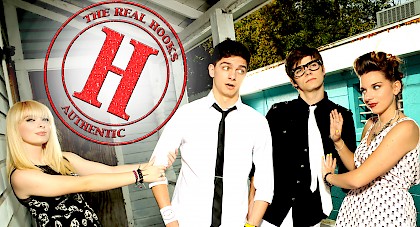