We know where to look and we know when to listen. 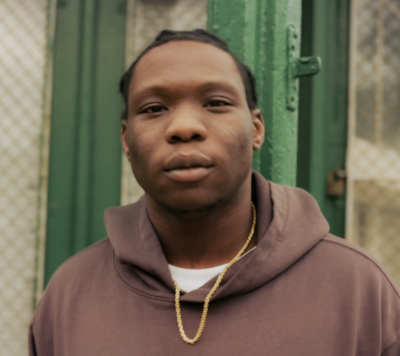 Philadelphia rapper, songwriter, and producer Tunji Ige (born Olatunji Ige) began creating music while he was just a teenager with a laptop "in a basement in Pennsylvania."

Inspired by rappers like Kanye West, Kid Cudi, Common, DMX, and Jay-Z, Ige was also influenced by the electronic textures of Disclosure and James Blake, the soul of Donny Hathaway, and the Afro-beat of Fela Kuti, the latter a direct nod to his Nigerian parents.

On his breakthrough 2014 single, "Day2Day," he wove these varied influences into a viral hit that transformed a trap-influenced rap track into a progressive house anthem.Released while he was still a student at West Chester University, the song appeared on his self-produced debut mixtape, The Love Project, a coming-of-age story that focused on topics like relationships, rebellion, and social pressure. In 2016, Ige issued Missed Calls, which was co produced by Noah Breakfast (Chiddy Bang).

Tunji went on to being Grammy nominated in 2017 for his co-produce / co-write work on the multi-platinum single "Location" by Khalid , as well as co-writing “No Harm Is Done” a multi-territory hit for Christine and the Queens a year or so later.

Tunji has ended his tenure at Atlantic to focus on production and now is back re-emerging where he left off as an artist with his own production company / brand “Proper Enjoyment”.

Supreme is delighted to announce that Tunji via his publishing company Brain Habit has signed a pan territory publishing administration deal!

Rotor Videos make video creation fast, easy and affordable. Great videos can be made with a few clicks...