Johnny first composed in his childhood home in the North East of England at 12 years of age.

The piano based melody from this first composition was later embellished with lyrics by his friend, actor Tim Healy, to become “Don’t Worry’ and released as a recording by The 1975 on their album “Notes on a Conditional Form” released in 2020.

Johnny relocated to Ibiza in the 1980’s and his composing talents were harnessed by the 1990’s Ibiza superclub brand Manumission which included Johnny composing the brand’s theme songs“ The Good Ship Manumission” in 2000.

Johnny continues to be a fixture of the local community in Ibiza and composes in his studio there to the present day. Expect to hear more from Johnny in 2021 onwards as his deal with Supreme unfurls. 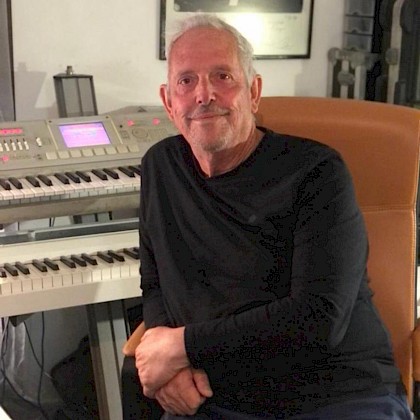