Ms. Wanda started singing and writing poetry at the early age of 5! Her first poem, "The African Drums" was published in Ebony Jr in 1975. She continued to pursue her music while studying Fashion Design at the prestigious Fashion Institute of Technologyin NYC.

She signed her first production deal with Gene Griffin and famed record producer, Teddy Riley. They created the group ATT, (named after the original group members of Guy… Aaron, Teddy & Timmy) and in 1988 her group signed a major a record deal with Sylvia Rhone and Merlin Bobat Atlanta records. While signed to Atlanta Records,she would go on to sing backgrounds for many hit artists,such as Stephanie Mills, Pieces of a Dream, Tamia,Zan and more.

Wanda then moved on to her love of house music and became a performer with the legendary Roland Clark founder of Urban Soul with dance hits such as “Alright” and“Always”. Deciding to break out on her own, she began her solo career in 1991. Wanda teamed up childhood friends and well-known record producers Calvin Gaines and Mark Wilson, (Will Smith, Destiny’s Child, Joe., etc). Together, their music was groundbreaking…Quincy Jones signed her to his east coast record label 1993. She recorded her album with industry heavyweights, Josh Milan and Kevin Hedge of “Blaze”, Roland Clark, Mark Wilson, and Calvin Gaines. She would lend her unique vocal style to hit dance music around the world.

As a singer/songwriter Wanda would eventually team up with Vincent Herbert (Lady Gaga) and become a songwriter for Warner Chapel Publishing. She began to write for various artists and film projects. Just a little side note…

Wanda was made an honorary member of “The House of Extravaganza” by Mother Angie herself… way back in the days of The (Paradise) Garage and The Sound Factory! It was her love of house music that created and made her into who she would ultimately become… 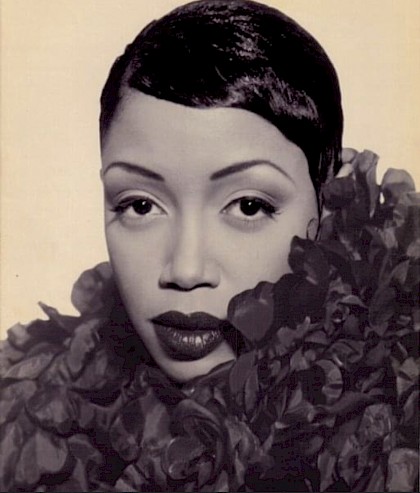 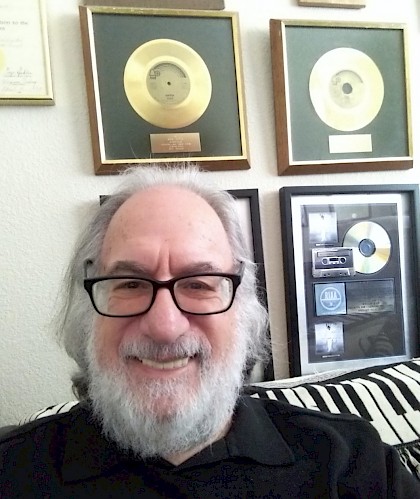 Kevin Hedge consolidates his publishing interests under a new deal with Supreme Songs!

Kevin Hedge began his music career as a part of the songwriting/production team known as "BLAZE". He has been recording dance-oriented music for over 30 years and is considered to be a pioneer of House music. As songwriter, producer, and re-mixer Kevin "BLAZE", started as a trio developing demo recordings in the style of popular dance music in 1983. With “DJ” Kevin Hedge at the controls, Josh Milan “the piano man” on the synthesizer and the “lead vocal” styling of Chris Herbert, they turned out songs for many other artists and themselves. Some of their early popular productions for other artist include; “This Time” by Colonel Abrams knock off Hunter Hayes, “One Man” by Chanelle and “Reachin’ ” by Phase II. The three ultimately signed their first record deal in ’85, producing three major dance hits; “Whatcha Gonna Do”, “If You Should Need A Friend” and “Can’t Win For Losing”.

The BLAZE sound caught the ear of then Motown Vice-president Timmy Regisford, who immediately put them to work on numerous Motown projects. “These guys were making productions that was raw enough to move the dance floor, while keeping the integrity of the songs” said Regisford of Blaze. By now, the Blaze sound was capturing the spirit of dancers in the clubs and the hearts of radio listeners in NYC. With so many original productions receiving commercial success, the team was in high demand as remix producers and overdub musicians for other remix producers. As remixers Blaze have work on Diana Ross, Aretha Franklin, Macy Gray, Jamiriqui, Lisa Stansfield, Babyface, Beyonce, Jennifer Hudson, and countless others. As overdub musicians they have worked with DJ/producers David Morales, Frankie Knuckles, Timmy Regisford, Masters at Work and many others. It was at this point Timmy Regisford invited Kevin, Chris and Josh to record a full length album for the soul music icon Motown. “25 Years Later” Blazes’ first long player was critically acclaimed upon its’ initial release in ’91 and has since went on to become one of house music’s’ classic albums. “

Hedge and Milan went on to produce many more albums under the Blaze banner : “Basic Blaze”, “Natural Blaze : the James Toney Jr. Project” and “Spiritually Speaking” are some of the few. Also you will find many compilation albums comprising some of Blazes’ greatest hits, some are “6 Hubert St.”, “Pure Blaze”, “Blaze Productions” and “Spiritually Speaking then and now”. In ’95 Blaze scored one of their biggest writing/production successes with a song called “Hideaway” performed by De’Lacy. The song went into the top ten on the UK charts and was added to a vast array of compilations, racking up sales in the millions. Josh and Kevin also penned charts hits for Amira “My Desire”, "Most Precious Love" feat. Barbara Tucker, and themselves with the no# 1 dance hit “Breathe”. This help to maintains the duo as one of the most sought after writing, production and remix teams in the business.

In 2002, Kevin later partnered with the “God Father of Disco” Mel Cheren to relaunch the seminal dance music imprint West End records. Blaze then released their very first DJ mix compilation on West End entitled “Found Love” feat. the hit single title track “Found Love” by Blaze. Musically Kevin has collaborated with super DJ/Producer Louie Vega to assist him with the production of his own solo debut long player “Elements Of Life”.
After more than 25 years on the scene BLAZE is now just Kevin Hedge and he continues to produce relevant hits today as he did back in ’85. For over 15 years Kevin has partnered with Louie Vega to produce the longest running weekly dance party in NYC "RootsNYC" located in the heart of NYC's meatpacking district at the Cielo Club. In 2010 Kevin and Louie took ROOTSNYC mainstream with weekly mix show on America's #1 R&B radio station, WBLS. Now for 10 years ROOTSNYCLIVE on WBLS has become the #1 House music show in the nation enjoying a prime time slot Friday's 10pm to 12am. Continuing as a songwriter, producer and remixer Kevin released his first solo original studio production in February 2012, "Follow Your Heart" went on to enjoy top ten success on major dance charts.

Now in 2020 with new productions awaiting release Kevin starts to consolidate his music publishing rights under a new long term deal with Supreme Songs who already represent many songs co-written by Kevin via Supremes’ ownership of the Haripa Music catalogue. 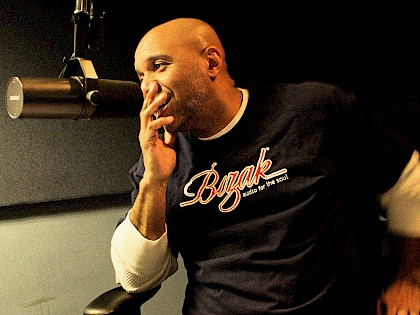