Lisa Angel, originally from the beautiful shores of Barbados, has always chosen the roads less traveled in search of the true pulse of her soul...Music! Her style is Soulful yet rhythmic with an edge of pop. Currently performing in Barbados and answering the calls to global performances when bookings arise Lisa continues to share her talent through every opportunity given.

With an extensive background in Vocal & Performance Training and Specialty in Artist Development Lisa Angel has developed a magnetic presence over the years that always leaves her audience wanting more. She has the gift of taking her audience on a journey which releases their inhibitions, and those who experience a piece of her LIVE "In Session", usually end up on the dance floor...many fans who never stepped on a dance floor before, find their feet tapping and bodies swaying and dancing like no one is watching by the end of the night.

You can find Lisa Angel on the Barbados live music circuit either solo or with her Band "Soul Fuzion” and Supreme Songs is delighted to bring her songs to a wider global audience via her new deal with us! 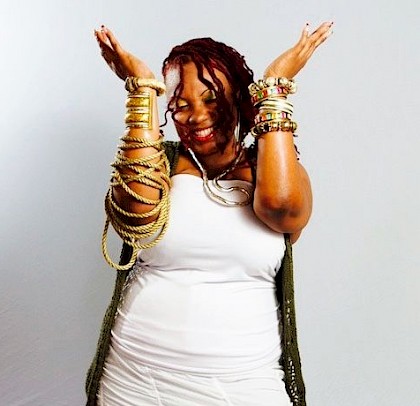 A leading voice of Hyderabad's vital prog house scene, Zephyr Music’s ranks rapidly swelled from its inauguration in 2016 to welcome melodic techno offshoot Ambi records in 2018 before linking up with kindred imprints abroad Abstract Space, Abstract Tech, A Label and XI Music in 2020. With the singular sound of the Hyderabad prog house scene as its nucleus, the group has over 300 releases to its name running the gamut of deep house, techno, and trance.

Zephyr’s roster continues to mingle established international artists with local discoveries at the cutting edge of big room production, celebrating its community at Somraj’s yearly Fields of Love festival in Hyderabad and Bangalore.

DJ and producer Phalguna Somraj/FALKO 33 is a staple of the progressive house scene in Hyderabad, having founded Fields of Love and Zephyr Music to capture the unique spirit of the city’s dance culture and unite its talent under one roof. Across releases on Mistique Music, Electronic Tree, Stellar Fountain, Lohit Records, Suffused Music, Massive Harmony Records, and his weekly show on Di.FM, Somraj’s eclecticism spans deep house, prog house, and techno locked distinctively in step with the sounds and impressions of his hometown. 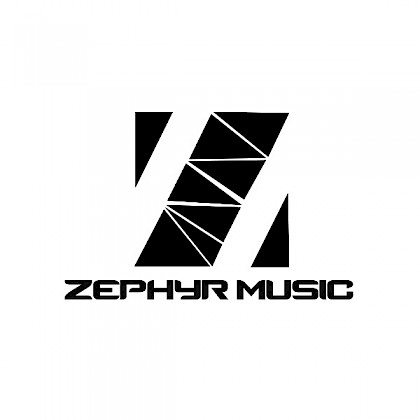 The first east Indian producer to be showered with cascades of accolades and high praise outside his home country, and then to become the guru of Hindi-pop back inside it, Biddu worked for years in his homeland before he decamped to England landing in London in the late 1960s. He worked for a time as a chef for the American Embassy and then rented studio time and recorded his debut single.

The song didn't do anything, however, 1972 saw Biddu score “Embassy”, a film starring Richard Roundtree. Late the following year, he was introduced to the transplanted Jamaican singer Carl Douglas, who recruited Biddu to record his next single "I Want to Give you my Everything". The B-side was cut in just ten minutes and A&R insisted that it become the A-side. It was, of course, "Kung Fu Fighting" which ultimately sold over 9 million copies worldwide.

In 1975 Biddu created the Biddu Orchestra, and recorded the LP “Blue Eyed Soul” with the album's first single, "Summer of "42"" charted in the U.K. chart. With that song still fresh, Biddu then produced vocalist Tina Charles with "I Love to Love (But my Baby Just Loves to Dance)" ignited her own successful solo career in early 1976.

Biddu returned with his own “Rain Forest” LP, followed by Eastern Man in 1977, credited to Biddu & His Orchestra. Meanwhile, he added veteran soul singer Jimmy James to his select stable and that same year's “Life” LP unreeled two smash disco hits, "I'll Go Where your Music Takes Me" and "Disco Fever". Biddu then returned with his final U.K. album “Futuristic Journey”.

In 1979, Biddu returned home to launch a new era in local Pop, first scoring some songs for the Indian Film “Qurbani”. Composed specifically for the soundtrack, he recorded "Aap Jaise Koi" with 15 year old vocalist Nazia Hassan.. Working with Hassan and her brother Zoheb, the producer was behind four wildly successful albums with the duo, as their disco debut Disco Deewane was followed by three more heavy hitters; :”Star” in 1982, “Young Tarang” two years later , and “Hotline” in 1987.

Biddu next turned his attention to vocalist Shweta Shetty, both writing and producing the “Johnny Joker” LP in 1993. In 1995, Biddu produced “ Made in India”. Featuring Alisha Chinoy, the album became the best-selling Hindi Dance album ever and featured a slick handful of Western styled videos -- a sure selling point for India's newly-launched MTV set.

Biddu shot back into the spotlight in 1995 with a remix treatment of the now classic Hussan material for an all new dance album “The Biddu Experience”. Reworked with elements of techno and truly contemporary dance, the album not only revitalized and completely updated Biddu's favourite tracks, but also continued to further the path Hindi-pop would follow.

His search for a new protégé ended with the discovery of another brother sister team, Shaan Shantanu Mukherjee and Sagarika Mukherjee, who scored with the Biddu-produced “Naujawan” LP in 1996. With a seemingly endless supply of ideas and vision, Biddu spent the rest of the 1990s working with a variety of musicians, including the Indian girl group the Models, and Sonu Nigam, as well as continuing his collaboration with Chinoy on her “Dil Ki Rani” LP.

(edited from article by Amy Hanson, All Music Guide) 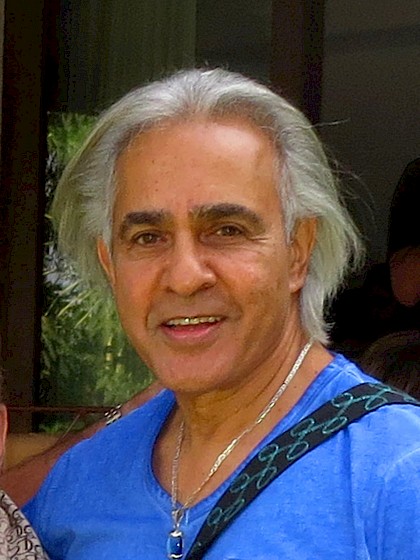 New signing to Supreme Songs - HANDS IN THE AIR- showcases artists from various countries around the World such as US, Finland, Netherlands and who are the rising stars in the global House,Dance and Deep House genres and who are worthy of global recognition.

Their tagline “We are Artists and for Artists” shows their dedication towards their artists and majestic tunes.

The label is helmed by Progressive House King GAR (George Anthony Rai) as featured on THE VOICE Holland along with US Atlanta based Jennifer Rai (Guineve) as Chief Strategist and covers gleaming genres such as Progressive House, Deep House, Dance, Cinematic, Sleep Music & Orchestral genres.

The main motto for HANDS IN THE AIR is to release top notch quality tracks in the genres to further set a trends to shape and evolve current music industry along with bringing forth unknown upcoming talents and have them noticed through proper vetting and support.

HANDS IN THE AIR showcases artists from various countries around the World such as US, Finland, Netherlands and who are the rising stars in the global House,Dance and Deep House genres and who are worthy of global recognition.

As they say themselves “Surely their future with Supreme Songs is bright!”