Michèle Vice-Maslin is an Emmy Winning, #1 hit Music Producer/Music Arranger/ Songwriter & Music Publisher who composes (both music & lyrics) and produces- arrangers for artists/ films/television/ads/promos/games, etc. She has had numerous hit songs and cuts all over the world as well as over 5000 music placements. Her music can be heard on radio & television every day - 7 days a week / 365 days a year. 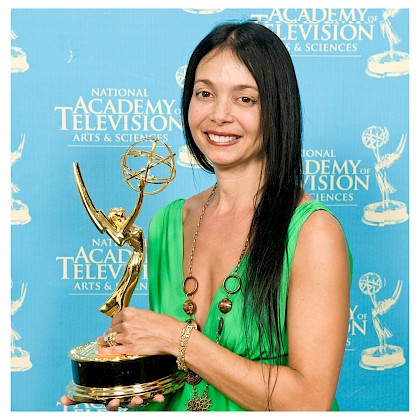 Award winning multi-talented producer, composer and talent scout, Rishi Rich has been one of the key pioneers of the Asian R&B fusion music genre that emerged in the mid 2000’s and his journey has seen him from going strength to strength.

Knowing that music was his calling, Rishi Rich began his fruitful career at the age of 13 and has worked with some great acts such as Britney Spears, Craig David and Madonna, to name a few. Staying true to his culture and his roots, this maestro has also developed and mentored Jay Sean, Juggy D, H Dhami, Veronica, Kiranee & many other UK Asian Artists.

Whilst dominating the British Asian Music Scene for the beginning of the millennium, Rich also spent time in America under the guidance of his own inspiration, Teddy Riley where he had the opportunity to learn new techniques and expand his production skills as well as work with artists hailing from America and Canada.

Rishi has for now, settled in Mumbai, India. For over 4 years now, Rishi has already created waves with his music for Bollywood movies such as "Half Girlfriend, “Mubarakan”, “Pal Pal Dil Ke Paas” & “Gully Boy” just to name a few. Parallel to being the go-to Music Producer in Bollywood for out-of-the-box and fusion music, Rishi has always believed that independent artists should be developed and moulded with the right guidance and sound. Rishi has spent many years doing this in the UK and is now well on his way to do the same in India.

Mid 2020 saw the birth of ‘Break The Noise Records’, an innovative record label with eclectic musical mix that weaves together East and West elements based on an international framework and sound. This exciting musical endeavour has been put together by none other than Rishi Rich, singer songwriter for over 10 years Kiranee, and Mumbai based executive producer Richard (RDV). One of the key aspects of Break The Noise Records is its passion for developing undiscovered and/or emerging talent along with supporting independent artists around the world.

With Break The Noise Records, Rishi Rich is looking to continue breaking musical barriers with his contemporary fusion of music genres whilst working with different independent artists around the globe.