Antimo Magnotta is an Italian pianist and composer based in London since 2013. He started his professional career in 1992, right after his graduation from the Conservatory of Music in Avellino, Italy.

Antimo was resident pianist aboard the cruise ship, the Costa Concordia, when it tragically sank in 2012, claiming 32 lives. Miraculously surviving the shipwreck, which took the lives of some of his fellow musicians, he lost his possessions, career and suffered from post traumatic stress disorder. Antimo moved to the UK to re-build his life, taking a waiter’s job as he couldn't play the piano right after the accident. A remarkable chain of events led to him becoming pianist-in-residence at the Victoria & Albert Museum’s Café, where he finally found time to document musically the extraordinary events of the past few years. Antimo’s courage, artistry and inspirational story-telling are all evident in his album "Inner Landscape" his tribute to those lost aboard the Costa Concordia, projecting both his thoughts and conveying the scene he saw around him. It is a profoundly moving work, through which he has found solace, and which he hopes will inspire others to use the therapeutic effects of creating art to overcome periods of heartache and grief.

Antimo now embarks on a new journey, eager to play his music and tell his stories to new audiences. Having already documented his story for Italian audiences in his book, “Sette squilli brevi e uno lungo” (“Seven short blasts and one long”), Antimo encourages lovers of all kinds of music to listen to his story and find new hope and inspiration in the world around us.

A remarkable story from a remarkable musician, Antimo Magnotta serves as a reminder of the restorative powers of music and the resilience of the human spirit. 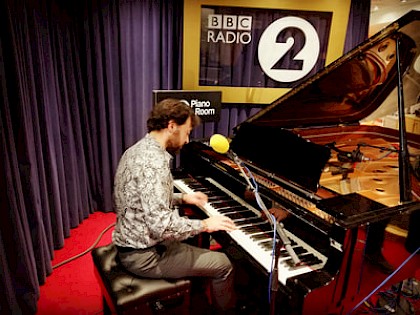