The first thing you take away from an initial meeting with Chris Jones is the inability to shake the uncanny feeling that he does remind you of someone quite familiar.Indeed, it's only on prodding that Chris Jones will reluctantly admit that he is the sibling of the internationally celebrated diva of film and music, Grace Jones . A point he does not dwell on as he is determined to be recognised and acknowledged for his own talents and contributions. He will also not tell you that his brother is the renowned tele-evangelist, Bishop Noel Jones.Jones bears a striking resemblance to his sister and their bonding goes beyond blood. His interest in music started when Grace and himself headlined a gospel group in Syracuse New York called the virtues that was headlined for their father, Bishop Robert Jones.

Bitten by the performance bug, the young Chris Jones, with his striking good looks and hint of the exotic, went on to carve out a name for himself as a model before actually moving to the business aspect of the industry by establishing his own modeling agency.

While managing his agency, the performance bug came calling again and he made cameo appearances as a singer . In Paris, he recorded his first single, American Lover , which earned rave reviews and was also a favourite on the European club scene.The debut of the single American Lover was followed by his next release in New York City dubbed The Last Star . It became the toast of the underground music scene and a favourite dance number in the Big Apple before crossing the Atlantic to become a hot dance tune in European clubs and other hot spots.

It was at this juncture that Jones took a break from the music industry to concentrate on fashion, styling hair and make-up while running his modeling agency. While on his hiatus, however, his beloved sister Grace called, and off he went to London to assist her on her Hurricane album. He got so immersed in the music and club culture that he simply never moved back to Miami, where he had made his home after moving from New York.

Undaunted by his sister's star billing and international recognition, Chris Jones went back into the studios and he will release his second album, "Strong 2".with TRAX RECORDS, in November. The Title track "Strong 2", is mixed by Eric Kupper, His new high energy album, has several new original songs, a few, mixed by Martin Ryan, who also produced Chris Jones Strong video, and Martin Ryan also remixed , "I Wonder Why", produced by Christian Jones and Mark Kamins, "The Rhythm of Love", and" No Flowers, No Trees".There are other mixes,on "Strong 2", by Robert Owens, Jamie McCaffery, DJ, Dejan Milicevic, and Dany Marcelis.His new album, sees a change in the direction of his music to a more commercial pop/chart topping sound. 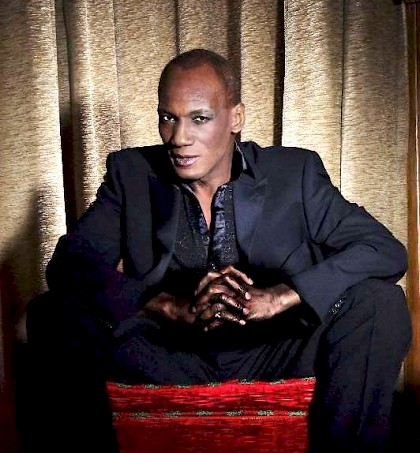 The media refer to #1 selling artist, Aubrey Logan as “The Queen of Sass.” And it’s easy to see why. Her concerts are a mix of excellent musicality, jaw-dropping vocals, expert trombone-playing, a breathtaking array of originals and original takes on cover songs and, well…fun! Her heart wrenching musical stories has audiences in tears just before her comedic relief has them in stiches.

Aubrey Logan loves music, loves performing and loves her fans. And it shows. “My relationship with the audience is the most fun I can legally have!” she says. Very few artists can concentrate so fully on the music and yet be so connected to the people who have come to hear her.And that connection is magic.

Aubrey has seen a lot of recent success. Her debut album, Impossible, immediately shot to the top 10 on the iTunes, Billboard and Amazon charts. And her next appearance on Summer Horns II, from A to Z(as a special guest of Dave Koz on Concord Records) became the #1 selling Contemporary Jazz Album. Aubrey has spent more time at the top of the charts lately than she has in an airport, and travel has been a permanent fixture for her in the last couple of years.

Aubrey Logan has performed more than 250 shows since 2016. Besides countless dates touring as a guest star with Postmodern Jukebox and another nationwide tour with Dave Koz and his all-star lineup, Aubrey has been selling out her own shows in venues all over the US and Europe.

First coming to international attention after winning BOTH the prestigious Montreux Jazz Festival Jury and Audience-Choice awards, Aubrey has gone on to perform with Pharrell Williams, Seth McFarlane, Meghan Trainor, Josh Groban, Gerald Albright, Haley Reinhart, and countless other legends. Her appearances on Jimmy Kimmel and The Grammy Awards and a PBS special and London Live have kept her in the public eye and millions of fans have watched her head-spinning videos on YouTube and Facebook. It seems like everywhere you turn, you’re bumping into Aubrey Logan.

She’s now preparing for a US Tour, a European Tour, an Australian Jazz Cruise and the recording of her next album. So no need to worry….there’s no shortage of “sass” in our immediate future. 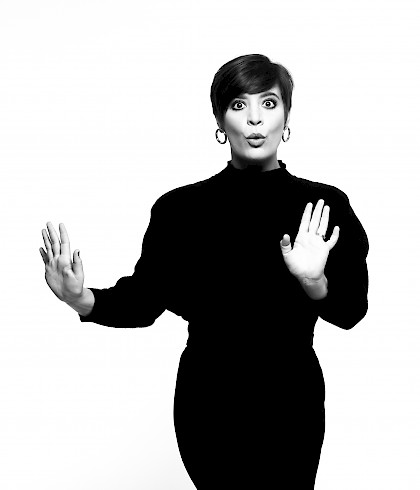 Neville Staple, Legendary front man of The Specials, Fun Boy Three and Special Beat, also known as The Original Rude Boy, is credited with changing the face of pop music not only once but twice. His celebrates a super 40-year career in the music business which is well documented and started out from the early days with Ray King, Pete Waterman, The Coventry Automatics and his Jah Baddis Sound System, before taking to the stage with The Specials during the famous ‘Clash’ tour.

Neville states, “I remember the massive reactions to the hit songs like Ghost Town, Too Much Too Young and Gangsters and fans still write to me about my rugged, energetic and fun stage presence. The way we brought ska to the mainstream was by mixing Jamaican music with the English style, which at the time was punk. A lot of young bands are now putting their own spin on ska –some with dance music and some with a rock beat. It’s all good. The music just makes you want to dance. Even when singing about tough times, every-day things or bad things, the beat and the rhythm makes you want to move. I turn all our live shows into a massive party. The crowd love it and sing along to all the tracks!”

Neville’s 2-Tone legacy is huge. 2-Tone fused traditional ska music with punk rock attitude, energy and musical elements. The movement helped to transcend and defuse racial tensions in Thatcher-era Britain. The actual black and white chequered imagery of 2 Tone has become almost as famous as the music itself.

Neville Staple continues to write and produce music and along with his wife and manager, Christine Sugary Staple, he works with schools, charities, university and youth groups providing talks, performance tips, music lesson guest-tuition and fund-raising activities. In his hometown of Coventry (where 2Tone music was born), he is celebrated as a Living Legend. He worked with the Lord Mayor to support Coventry in winning the ‘City of Culture 2021’ bid and was recently presented with a ‘Lifetime Achievement Award,’ during a special performance with the children of Foxford School. Now as patrons of the historic Albany Theatre, Neville and his wife continue to work with inner-city children on various creative projects. Neville’s work and performances are regularly screened on mainstream TV.

Following on from the 2009 Specials reunion and his departure from the band in late 2012, Neville Staple continues to be a forerunner of the ska movement and continues to thrill audiences with his own excellent band, The Neville Staple Band, at venues and festival appearances worldwide. His relentless tours across the UK sees him performing at many festivals, including a recent headline slot on the Avalon Stage at Glastonbury Festival and other top fests. His recent Worldwide shows include Hong Kong, Europe and Australia with US and others planned for 2018 onwards.

Christine ‘Sugary Staple’ has been writing, producing and performing in film, video and music since her teens and is the wife and manager of the Original Rude boy Neville Staple (ex The Specials & Fun Boy 3). As an additional lead vocalist of the Neville Staple Band, she is especially known for bringing energy, charisma and fun to the stage during tours and is currently performing songs from her forthcoming joint ska/punk album with husband Neville Staple. The album also features Roddy Radiation (ex The Specials), plus a reworking of Stranger Cole & Patsy Todd’s, ‘When I Call Your Name’, as a duet with Neville.

Sugary spearheaded the highly celebrated Skamouth music festival and works for various charitable trusts and schools, helping children into music and drama, as well as fund-raising activities. Sugary and Neville work tirelessly supporting Coventry City with projects like the 2021 City of Culture Bid, directing and producing super shows like Diversity Rocks and is Patron to the iconic 2Tone Village in Coventry. Her recent acting and singing performances were screened on BBC1, TNT, Vintage TV and Virgin Media TV.

Sugary fronts the Neville Staple Band stage with husband Neville and has also performed as a soloist with a ska/punk indie band. She recently wowed the audiences with her energy and fun stage presence during a Rebellion Festival headline performance. 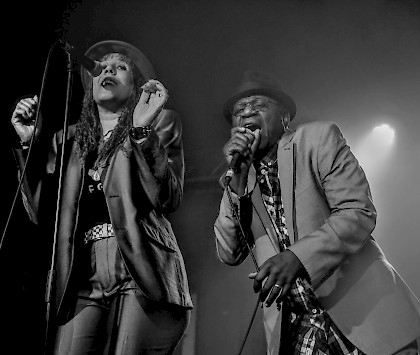