Shovell - real name Andrew Lovell - has been playing drums professionally since the early 1990s. A chance led him to recording with the band Natural Life, and rapidly on, in 1992, to joining M-People. Throughout the 1990s, M- People toured all over the world amassing sales of over 11 million albums, receiving a couple of Brit Awards, an Ivor Novello Award, and a Mercury Prize along the way.

When the band took a step back from recording and touring at the end of the 90s, Shovell carried on playing, recording and touring with acts such as Soul II Soul, Nightmares on Wax and Chicane; but also with The Chemical Brothers, Primal Scream and the Manic Street Preachers. He has also worked with pop acts such as Atomic Kitten and Hearsay, and collaborated with artists as diverse as Sting, Boy George, and Dame Evelyn Glennie. As well as playing percussion along-side some of the World’s biggest DJ's, both live and in the studio.

Shovell lived for many years on Ibiza and developed his Drum Warrior persona, seen in Copyright's ‘Bulo!’ video, as part of the House Music scene there. Drumming is not merely a rhythmic thing for him, it’s also a celebration, and a therapy in its own right, a doorway for a more positive life for people from all walks of life and all ages. Shovell’s workshops see him visiting schools, colleges, corporate offices, homeless & addictions centres, and council run schemes where he links the art of music into inspiring everyday life. 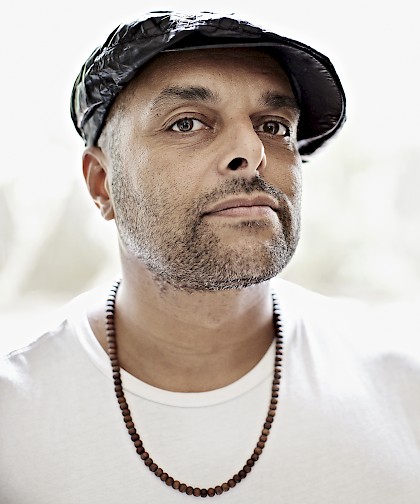