Joshua Alexander Milan, born June 9, 1969 in Brooklyn New York is a Grammy Award nominated multi-instrumentalist, producer and CEO of Honeycomb Music, LLC. With a career spanning over 30 years as both a founding member of the iconic house music group Blaze, and now Honeycomb Music label owner and solo artist, Joshua affectionately known as Josh has positioned himself as one of the most influential virtuosos in the contemporary dance music industry.

With roots in gospel music, cutting his teeth on the church organ at the tender age of 12, his journey into the world of music was innately divine. It is from this spiritual base that he approaches each project with a level of authenticity and originality rarely found in contemporary music. His 25-year friendship with Grammy Award winning, DJ, super-producer, Louie Vega culminated into a collaboration on Louie’s latest album Starring… XXVIII. Josh is also a member of Louie’s boundary-breaking ensemble Elements of Life serving as both songwriter, vocalist and keyboardist with its most recent offering released on the famed Fania Record label.

Josh Milan’s repertoire spans the spectrum of musical genres. Performing most recently in Ibiza, Cuba, South Africa, Croatia and Brussels, he has gleaned from his international travels and allowed these experiences to be infused in his music. These influences have brought him into the studio with such artists as Grammy nominated South African trumpeter Hugh Masekela, Grammy Award winning R&B, Pop and Jazz vocalist Patti Austin, Andy Narell, and Lisa Fischer to name a few. Josh has also provided remixes on multiple chart-topping dance classics for such artists as Diana Ross, Lisa Stansfield, Babyface, El DeBarge and Jody Watley. His discography boasts of songwriting, vocal and production work on such labels as Motown, BBE, King Street, Vega Records, Defected and MAW.

In 2010 Josh Milan established Honeycomb Music, LLC and since its inception, has consistently pumped out hits. Josh has pulled together a roster of power house vocalists and spoken word artists with singles and EPs from artists such as Dawn Tallman, Tracy Brathwaite, Sheree Hicks, Sandra St. Victor ChinahBlac, Diviniti, Lamone, Kia Stewart, Temika Moore, Janine Lyons and collaborative works with Grammy Award winning producer DJ Kemit. Honeycomb Music downloads from its official webstore tips the scale at just over 37,000 since 2012.

The 2017 release of 6.9.69 marked a pivotal point in Josh’s career as he ventured out as a solo artist on his own label Honeycomb Music with his first full-length album. A solid collection of self- penned originals and covers of such classics as Blackbird (Beatles), I Wish You Well (Bill Withers), The Bottle (Gil Scott Heron) and Sweet Little Girl (Stevie Wonder), this two disc project still only scratches the surface of Josh’s creative prowess. His indelible mark on contemporary dance music has sealed his name in the annals of house music and dance culture. His latest solo offering was accompanied by his debut as a published author with his first book entitled In My Own Words: A collection of song lyrics, poems, photos and musings.

2017 also marked the 8th anniversary of the annual Josh Milan Birthday Boat Ride. This 4-hour excursion into sound on the iconic Circle Line sightseeing cruiser sets sail from Pier 83 on New York Harbor. Sold out each year, the fabulous New York skyline, Brooklyn Bridge and Statue of Liberty provide the perfect visual backdrop for this event. Attendance includes fans from around the world who have followed Josh’s career. Past DJ roster include DJ Spinna, Joe Clausell, Mike Dunn, and Jihad Muhammad.

Lastly Supreme Songs welcomes Josh to our roster via our affiliate Superb Songs! 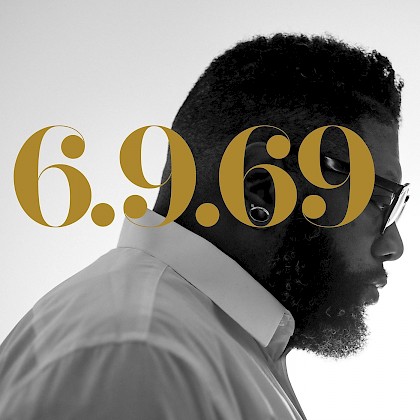